boredomresearch are now working on the Paisley Digital Art Commission by UWS in collaboration with Renfrewshire Council and Paisley 2021Their interest in coding has lead them to look at generating codes that could endlessly manipulate the designs in a Paisley pattern to an infinite number. Ultimately their commission is to produce a unique Paisley pattern for every inhabitant of Paisley, using a digital loom set up in Paisley Museum. This artwork will be open to the public from the beginning of November until the end of December. For more details on opening times, please see the Paisley Museum website.

As well as the Paisley Digital Art Commssion, boredomresearch are currently working with Dr Paddy Brock, a mathematical modeller of infectious disease transmission at the University of Glasgow, on a new collaborative project.  AfterGlow, commissioned by Animate Projects for Silent Signal and supported by a Wellcome Trust Large Arts Award and the Garfield Weston Foundation, developes a 3D environment to look at malaria transmission from the mosquito’s perspective. Through this project, boredomresearch have developed a strong sense of how subtle differences between art and science can be exploited to create compelling expressions relating strongly to real world phenomena. 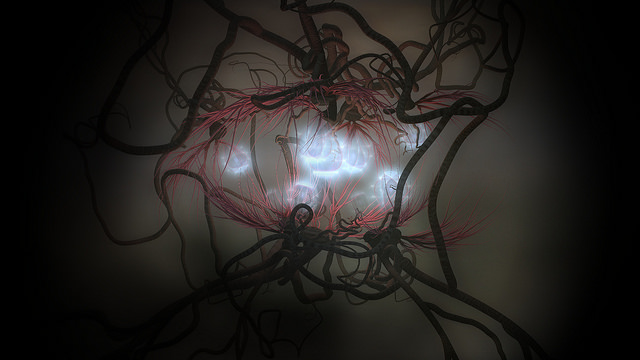 a collaboration between British artists Vicky Isley and Paul Smith